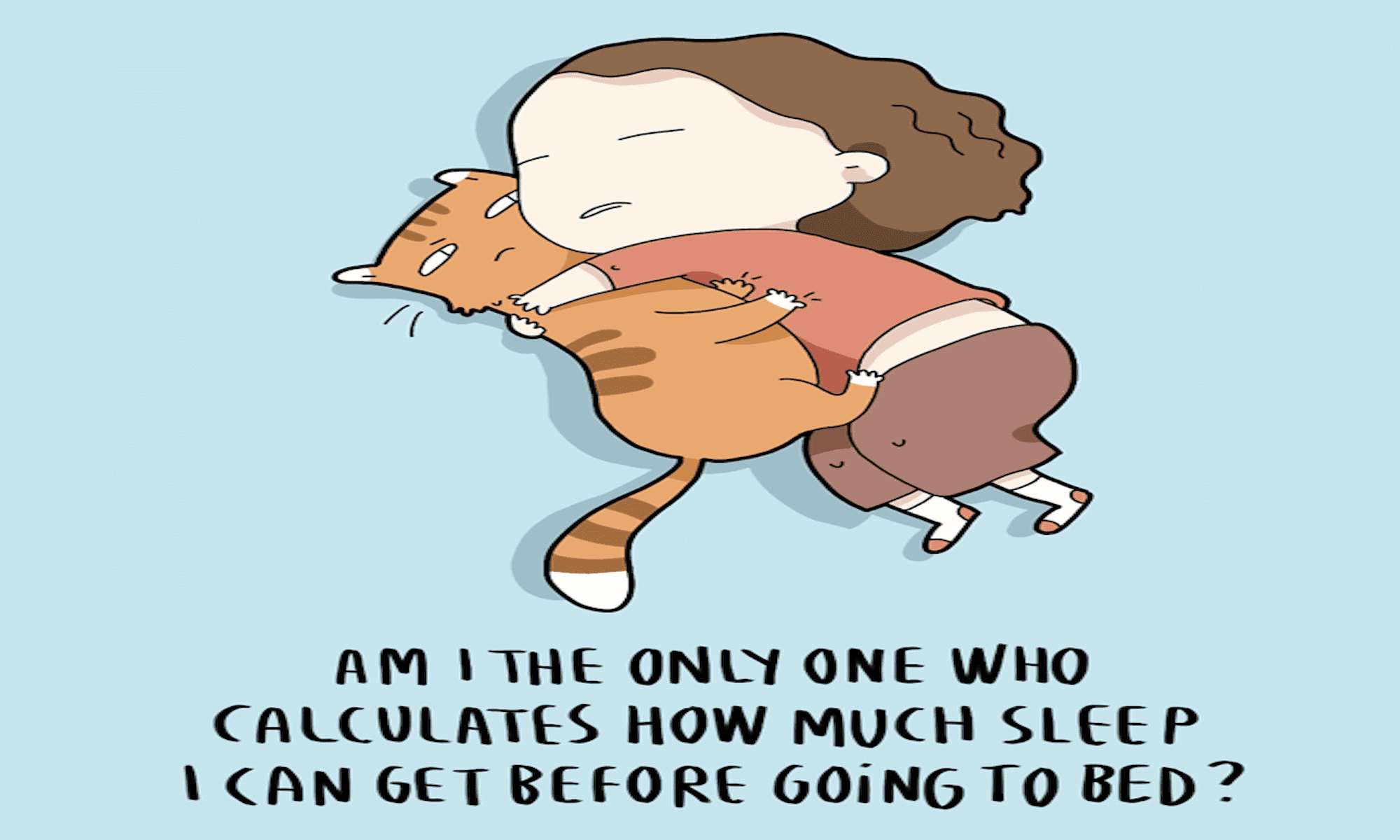 Home » SleepAdvice » How we could sleep better – in less time everyday

We can now amplify the restorative benefits of sleep. Could this help us cope with later nights and early mornings?

We often wear our sleeplessness as a badge of pride – a measure of our impossibly hectic schedules. Thomas Edison, Margaret Thatcher, Martha Stewart and Donald Trump have all famously claimed to get by on just four or five hours’ sleep a night – much less than the seven-to-nine hours recommended to most adults. Many of us are following suit: according to the Centers for Disease Control and Prevention, more than one third of US adults fail to get enough sleep on a regular basis.

The consequences – including impaired memory and decision making, and increased risk of infection and obesity –  are well known, but easy to ignore. When our immediate demands exceed the hours in the day, sleep is still our top sacrifice.

But what if we were able to simply optimise the sleep experience so that we enjoyed most of the benefits of deep sleep, in less time?

This possibility may be closer than it sounds, thanks to new ‘sleep optimisation’ techniques. Various experiments across the world have shown that it is possible to boost the efficiency of the brain’s night-time activity – speeding up the descent into deep sleep and enhancing our rest once we get there.

It sounds almost too good to be true. Is it?

On a regular night, the brain cycles through many different stages of sleep, each with a characteristic pattern of ‘brain waves’, in which neurons in different regions of the brain fire together, in synchrony, at a particular rhythm. (It’s a bit like a crowd chanting or beating a drum in unison).

During the rapid eye movement (REM) phases that rhythm is fairly fast – during which time we are most likely to dream. But at certain points our eyes cease to move, our dreams fade and the rhythm of the brain waves drops to less than one ‘beat’ a second – at which point we enter our deepest, most unresponsive state of unconsciousness called ‘slow-wave sleep’.

It is this stage that has been of particular interest to scientists investigating the possibility of sleep optimisation.

Research since the 1980s has shown that slow-wave sleep is essential for the brain’s maintenance. It allows the necessary brain regions to pass our memories from short-term to long-term storage – so that we don’t forget what we have learnt. “The slow waves facilitate the transmission of information,” says Jan Born, director of the Department of Medical Psychology and Behavioural Neurobiology at the University of Tübingen, Germany.

The slow waves may also trigger the flow of blood and cerebrospinal fluid through the brain, flushing out potentially harmful debris that could cause neural damage. They also lead to dips in the stress hormone cortisol and help to rejuvenate the immune system so that it is readier to fight incoming infections.

Such results led scientists including Born to wonder whether we might therefore be able to enhance the benefits of sleep and improve our daytime functioning by boosting the production of those slow waves.

One of the most promising techniques to do so works a bit like a metronome counting the brain into the correct rhythms. Experimental participants wear a headset that records their brain activity and notes when they have started to make those slow waves. The device then plays short pulses of gentle sound, beginning in sync with the brain’s natural slow waves, at regular intervals over the night. The sounds are quiet enough to avoid waking the participant, but loud enough to be registered, unconsciously, by the brain.

Born has led much of the experimental work, finding that this gentle auditory stimulation is just enough to reinforce the right brain rhythms, deepening the slow-wave sleep compared with people receiving sham stimulation. Participants wearing the headset performed better on memory tests, showing increased recall for material they had learnt the day before. It also altered their hormonal balance – reducing their cortisol levels – and led to an improved immune response.

In the trials to date, participants haven’t yet reported unwanted responses to the technique. “We can’t really be sure, but so far there are no obvious side effects,” says Born.

Better sleep, in a store near you

Most of the studies attempting to boost slow-wave sleep have been conducted on small groups of young, healthy participants, so to be certain of the benefits of boosting slow-wave sleep, we would need to see larger trials on more diverse groups. But based on the existing evidence, the technology has already made its way into a handful of consumer devices, mostly in the form of headbands to be worn overnight.

The French start-up Dreem, for instance, has produced a headband (available for around €400 or £330) that also uses auditory stimulation to boost slow-wave sleep using a similar set-up to the scientific experiments – effects have been confirmed in a peer-reviewed trial. The Dreem device also connects to an app that analyses your sleep patternsand offers practical advice and exercises to help you get a better night’s rest. These include things such as meditation and breathing exercises that might ensure you get to sleep quicker and with fewer awakenings during the night. The aim is to improve overall sleep quality across the night for anyone who feels that they could do with a deeper rest.

Philips’s SmartSleep Deep Sleep Headband, in contrast, is very explicitly aimed at making up for some of the ill-effects of sleep deprivation – for people “who, for whatever reason, are simply not giving themselves an adequate sleep opportunity”, says David White, Philips’ chief scientific officer.

The device was first launched in 2018, and like Dreem’s product, it is a headband that senses the brain’s electrical activity and periodically plays short bursts of sound to stimulate the slow oscillations that are characteristic of deep sleep. It relies on smart software that carefully adapts the volume of its sound over time to ensure that it delivers the optimum level of stimulation for the specific user. (The device is currently only available in the US for $399.)

White agrees that the device cannot fully replace a full night’s sleep, but he says that it is notoriously hard to convince sleep-deprived people to make the necessary lifestyle changes. By amplifying the benefits of the sleep they do manage to get, this device should at least help them to function better in daily life. Along these lines, Philips’s own experiments have reportedly confirmed that the SmartSleep boosts slow-wave sleep in sleep-deprived people, and that it mitigates some of the immediate effects like poorer memory consolidation.

Future research may suggest many more innovative ways to optimise our sleep. Aurore Perrault at Concordia University in Montréal has recently tested a gently rocking bed that swayed back and forth every four seconds.

Participants were quicker to enter slow-wave sleep, and spent more time in that crucial sleep cycle, as the brain waves synchronised with the external movement

She says that the technique was inspired by a colleague’s new-born baby being rocked to sleep, leading the team to wonder whether adults may also benefit from gentle movement. Sure enough, they found that the participants were quicker to enter slow-wave sleep, and spent more time in that crucial sleep cycle, as the brain waves synchronised with the external movement. As you might hope, they also reported feeling more relaxed at the end of the night, and this was again accompanied by the expected knock-on benefits for their memory and learning. “That was the cherry on the top,” says Perrault.

If such a bed were brought to market it could serve a similar purpose to the sound-stimulating headbands. Perrault is particularly interested whether it might help older people. The amount of time we spend in short-wave sleep seems to decline as we age, potentially contributing to some age-related memory problems – and she hopes that gently swaying beds may be one way to counteract that.

Still, get some sleep

Although the field is still in its infancy, these studies show that there is a lot of promise in the general concept of sleep optimisation to increase the power of our slumbers (however much or little we get).

Perrault and Born are both optimistic about the potential of the commercial products using pulses of sound to stimulate those regenerative slow waves. Perrault emphasises that we still need larger studies to ensure their effectiveness outside the carefully controlled conditions of the lab – but she welcomes that this research could now benefit a wider population.

“It’s great that they’re trying, more and more, to use external stimulation because we know that it impacts sleep,” says Perrault.

In the future, it will be interesting to see whether sleep optimisation could also bring benefits in the long term. We know that chronic sleep loss can increase the risk of conditions like diabetes and even Alzheimer’s disease – but it’s by no means clear that these new techniques will help reduce those risks.

For now the only guaranteed way of reaping all the benefits of sleep – both long and short-term – is to make sure you get enough of it. Whether or not you decide to give these devices a try, you should attempt to schedule more early nights, and avoid too much alcohol, caffeine and screen time before bed – factors that are all known to damage the quality of our sleep.

Our brains cannot function without a recharge – and anyone hoping to live a happy, healthy, productive life needs to wake up to that fact.